Let There Be Lights

Until this year, the idea of night-time outdoor sporting events at Central Washington University was little more than a pipe dream. But that all changed recently with completion of the first phase of the Wildcat Commons project, one of three phases in CWU’s ambitious program to expand and upgrade its athletic and recreation facilities.

“This is one of the most exciting additions we’ve been able to make to our athletic programs in many, many years,” said Dennis Francois, athletic director. “Probably the most frequent request we’ve had over the years, as far as program improvements, was to install lights on the football field and on the campus recreation facilities. I’m proud to say we’ve been able to do both and will now be able to enjoy games, meets, and matches in the evening.” 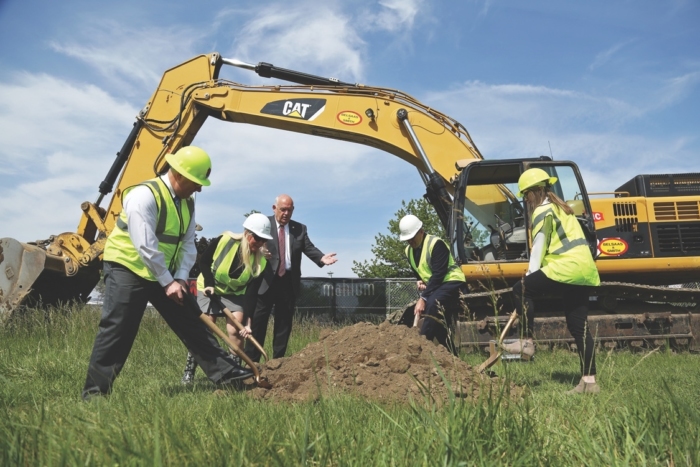 The first phase of the Wildcat Commons project focuses on Tomlinson Stadium as one of the main priorities and includes installation of an artificial turf field that is regulation-size for football, rugby, and soccer; construction of the Wildcat Plaza (south end zone) and Alumni Plaza (north end zone); new entry gates; renovated restrooms; and a new stadium ticketing box office.

“This is a game-changing initiative that will have a positive impact on the lives of our students, alumni, and community members,” Francois said.

The renovations completed this fall, were the first to Tomlinson since it was constructed in 1959. The majority of the

$5.9 million project was funded by private donations and the CWU Foundation. The university launched an aggressive fundraising effort that has already generated more than half of the total revenue.

“We are pleased with the response the Wildcat Commons capital campaign has received and we’re confident that our Wildcat community will support this project, which takes us to another level in terms of athletic facilities,” noted Scott Wade, vice president of University Advancement and executive director of the CWU Foundation.

Rendering of the new 400-meter, all-weather track and field facility

Also part of phase I, includes a new 400-meter all-weather track with an artificial turf infield that meets all NCAA specifications for running and jumping events and accommodates a wide variety of intramural and club sports. 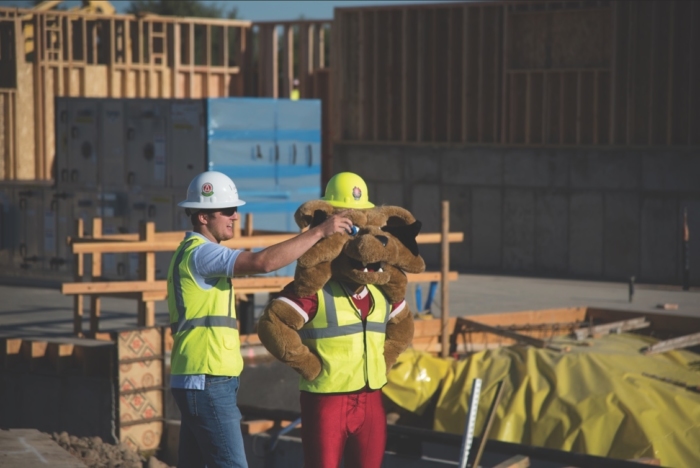 “I think the expansion is pretty great,” said Tristine Vandeman, a senior broadcast and digital journalism major who frequently uses campus recreation facilities. “I like running outside in the open air so the new track is some- thing that appeals to me. I also like the fact we’ll be able to use these facilities after dark because of the new lights.”

Jenna Hyatt, associate dean of Student Living, noted, “Our goal was to not only provide a NCAA-caliber facility for track and field athletes but to expand the facilities available for our intramural and club sports.

“As our campus grew in recent years, we reached a point where we could no longer accommodate all of the recreational needs of our students,” she continued. “The Campus Recreation Expansion allows us to keep pace with what our students expect as part of their college experience.”

The Campus Recreation Expansion was funded using recreation fee reserves. The project was unanimously supported in September 2017 by the Student Recreation Advisory Board.