When Brian Hiatt enrolled at CWU back in the late 1990s, he was admittedly a bit of an odd duck. His passions were art and science, and after trying a bit of both, he found his true love:
microbiology.

After graduation, Hiatt took a job as a one-man microbiology department at a small environmental testing lab, where he worked until 2004. He parlayed that experience and his CWU training into an invigorating health sciences career with the Washington State Department of Health (DOH)—a field he never thought he’d work in but has found so rewarding that he has never left.

“You get to interact with other folks around the country doing similar work, and you’re kind of the tip of the spear when these outbreaks happen,” Hiatt said. “When you get into public health, you get to participate in those types of efforts and stop people from getting sick. We need people like crazy in that field.” 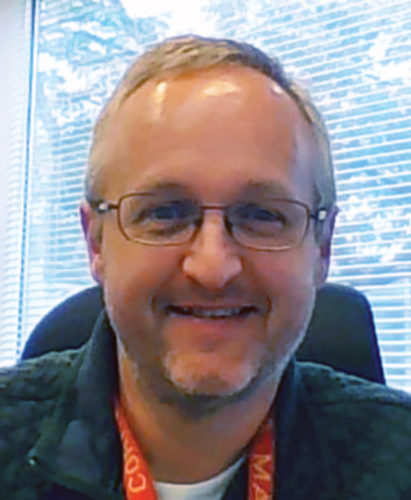 The last two years have been kind of a blur for Hiatt, but he still remembers being surrounded by the sounds of cheering fans, buzzers, and swishing nets when he got the call about the first confirmed COVID-19 case on U.S. soil, which happened to be in Everett.

“I was at my daughter’s high school basketball game,” he recalled. “It was 7 at night when my phone rang, and it was my boss calling to tell me that the sample was positive.”

Working for the DOH, Hiatt had been in regular contact with the Centers for Disease Control and Prevention (CDC) about the situation in the Wuhan region of China, but when the first case was confirmed, his team jumped into action, collecting a specimen, carefully packaging it and sending it to the CDC overnight.

“From there, it just kind of erupted,” he said. “We went into an incident management structure and everything else took off. We were kind of ground zero. The CDC sent a team out to provide support, and the response just got bigger and bigger.”

As the response grew in the ensuing weeks and months, Hiatt remembers the cascade of problems that arose, including shortages of swabs and test kits.

“This pandemic has really highlighted that public health has been underfunded for a long time.”
—Brian Hiatt

Throughout the early stages of the pandemic, Hiatt’s department was primarily responsible for diagnostic testing and outbreak response, lending guidance and support to county health departments around the state.

Hiatt’s role at the DOH is to provide lab support for the counties, which each have their own health officer and establish their own policies and practices. Nearly two years into the pandemic, during the Omicron variant wave, his lab was still completing around 1,500 diagnostic tests per day.

Hiatt emphasized that there remains an incredible need for staff in the public health sector, with labs and epidemiologists in every state.

“This pandemic has really highlighted that public health has been underfunded for a long time,” he said. “We’ve increased our footprint immensely over the course of this outbreak (at the DOH). Before, the microbiology office was about 40 full-time employees. Now, we’re up to about 90. We always need people.”

Hiatt’s colleague Shelley Lankford is a chemist at the DOH Public Health Laboratories, and similarly, fell backwards into the public health field.

She was studying to be a medical technologist at CWU in the 1980s, but after her internship was canceled, she pursued a position with a public health laboratory thanks to her academic advisor.

“I said, ‘OK, I’ll take this job for a year or two and learn something new and then go back and find another internship.’ Then, 34 years later, I haven’t done that yet,” Lankford said with a laugh.

Over the past three decades, Lankford has done it all, moving through the ranks as a microbiologist, laboratory supervisor, and a training program manager, which she also managed for four years. Nowadays, she and her team of scientists, including other
CWU alumni, monitor biotoxins and arsenic in the shellfish food supply and test drinking water in schools and daycares.

But, in early 2020, her position went in a completely different direction with the onset of the pandemic. In addition to analyzing shellfish and drinking water samples, she and her team began making COVID-19 testing kits to fulfill a growing demand.

“They pulled five of my eight staff members into the COVID team, so my small four-person team—myself included—had to cover all of the lab work that a team of nine were doing before the pandemic,” Lankford said. “We were down to four people,
so we all had to figure out our new roles.”

During her tenure with the department, she has never seen such an all-encompassing effort, noting that three of the four major lab units at DOH were impacted by the pandemic response.

“Usually, just one unit is affected, but this time, everyone was involved,” said Lankford, whose lab has returned to more normal operations over the past year. “We have never done anything on this scope. This has been unprecedented.”

‘A Call to Serve’

For most of the world, the beginning of the pandemic raised people’s fears, but it also created uncertainty and a slew of questions. For CWU alumna Mondana Madjdi, the onset of COVID-19 also felt like an opportunity to serve the public.

In late 2019, Madjdi was only a few months away from graduating with a bachelor’s of science in public health when rumblings of a pandemic started to arise on campus.

“When you have been studying public health for a long time—when people start to talk about these infectious diseases—you always have something in the back of your mind,” she said. “You kind of know it could turn into something big. You’ve studied pandemics, you’ve studied how disease spreads, and you know its potential.” 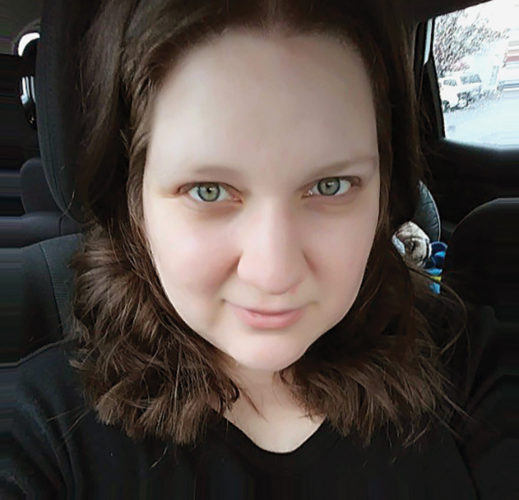 Madjdi and her classmates found themselves in an unique position in early 2020 when the first U.S. case was detected only a few hundred miles away.

“The vast majority of us in class knew what was going to happen,” she said. “We weren’t sure of the scope or the levels of mitigation that were going to happen to try to control the spread of disease, but we knew this was a very dangerous illness. At that stage, there was a lot of uncertainty of where it would go.”

In what felt like an instant, classes were moved online, in-person internships were canceled, and Madjdi found herself back home in Port Angeles. Her pharmacist husband was working on the front lines in a hospital, while she was at home
finishing her degree and trying to help her two children transition to online school.

That’s when she joined the fight, volunteering as a contact tracer at Clallam County Health and Human Services.

“It very much felt like a call to arms, a call to serve,” Madjdi said. “It reminded me very much of the stories you would hear about families, about women during war time. … We’re not in ICUs taking care of patients with COVID, but all these things we can do in the community, in the periphery, are helpful.”

Madjdi’s original goal was to be a public health educator, but her volunteer position soon became permanent, and her interest in epidemiology grew. Now the epidemiologist for Clallam County Health and Human Services, she also is working on her master’s degree at CWU, specializing in epidemiology.

“I have a particular interest in outbreak surveillance,” Madjdi said. “I do a lot of disease surveillance, which is key to where a disease is beginning so we can intervene early on.”

“I’ll always be able to remember and recall what it’s like to be one person in a community, scared and needing that connection.”
—Moni Madjdi

“I actually turned in my application the day before the first case was identified in Washington state,” she said. “(With the pandemic), I’ve shifted to much heavier of an epidemiology focus. We have a wonderful faculty member, Dr. Amie Wojtyna, who used to work for the CDC, and I’ve been working with her pretty intensively.”

Madjdi began the master’s program the same week she started her permanent position, and despite juggling school, a job, and raising children, she knows she made the right decision.

“I knew the further I got in this career that this was going to make a difference,” she said.

Even though Madjdi is now two years removed from her days as a volunteer contact tracer, those moments connecting with real people during an uncertain and scary time are memories she’ll always cherish.

“I think doing that very first bout of volunteer contact tracing will really forever shape how I approach public health,” she said. “I always have to remember I started talking to individual people at the beginning of a pandemic who were scared, when we didn’t know very much about COVID or what was going to happen.”

She recalled, early on, the department had time to call people every day, check on them, and connect with them on a personal level.

“I would build a relationship with them, and then they would call me if they had questions or concerns with their illness,” Madjdi said. “I will always hold onto that, because no matter how big my job gets, how many big decisions I make, … I’ll always be able to remember and recall what it’s like to be one person in a community, scared and needing that connection.”